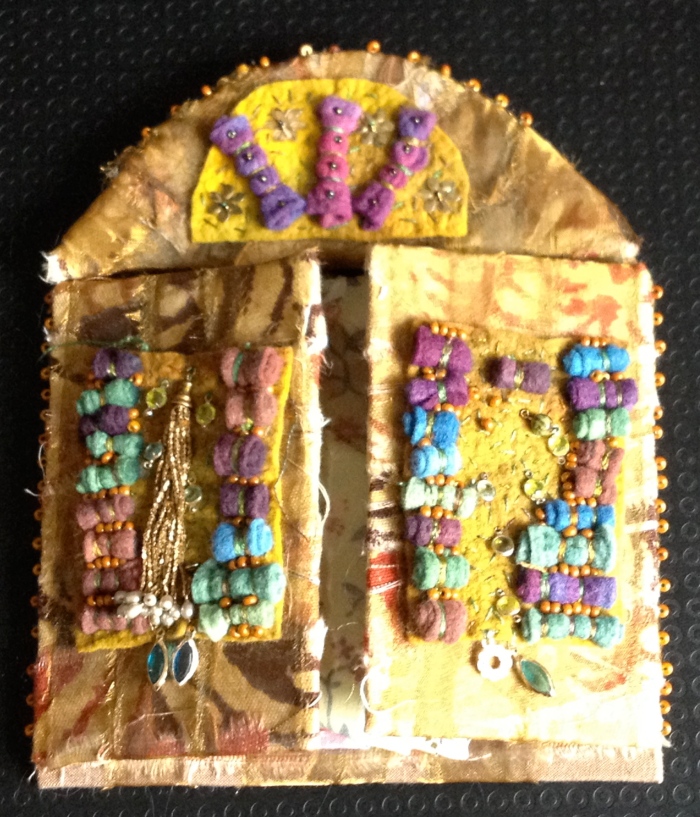 It’s been quite a while since my last post.  This is mainly due to the day job which is becoming increasingly demanding.  I have also been working on a couple of things which are for a Bristol Quilters project which will have a big reveal at Christmas and so I haven’t posted my contribution in case it jeopardises the secrecy of the whole thing.

This is a bit different, though.  This is back to the Laura Ashley project.  It’s a little shrine, maybe twelve inches high.  It’s made over foam core wrapped in all sorts of fabric scraps, but mainly a Zoffany offcut of a very nice light cotton furnishing fabric.  I have no idea why I wanted to wrap it, but I did want a weathered, shabby, been around for years feel to the piece.  I put some torn up IKEA voile curtain over the top.

The front is embroidered with rolled fabric beads.  These refer to the weird little bundles of things you get in some shrines, but, as my friend Hermione said, they could be people’s sleeping bags at the shrine.  I rather liked that.  There is also a fair bit of broken jewellery on the piece.

It opens to show a plastic envelope of tiny scraps of Laura Ashley fabric that I was given in the course of this project and which I wanted to conserve in the bag.  They really are slivers in some cases: 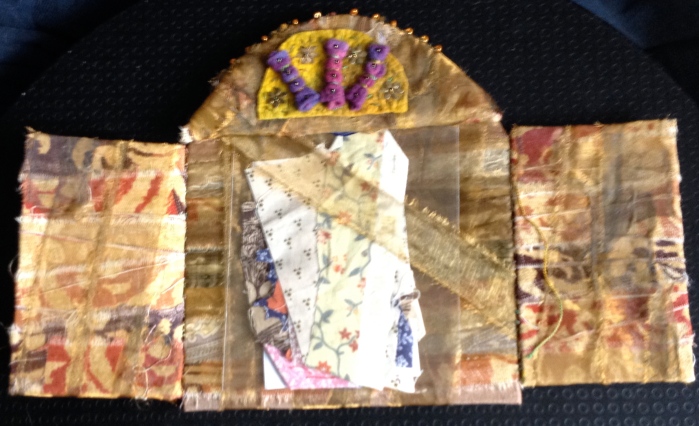 I admit that I just like making shrines – and I made a lot for the iconic Body Shop product project: 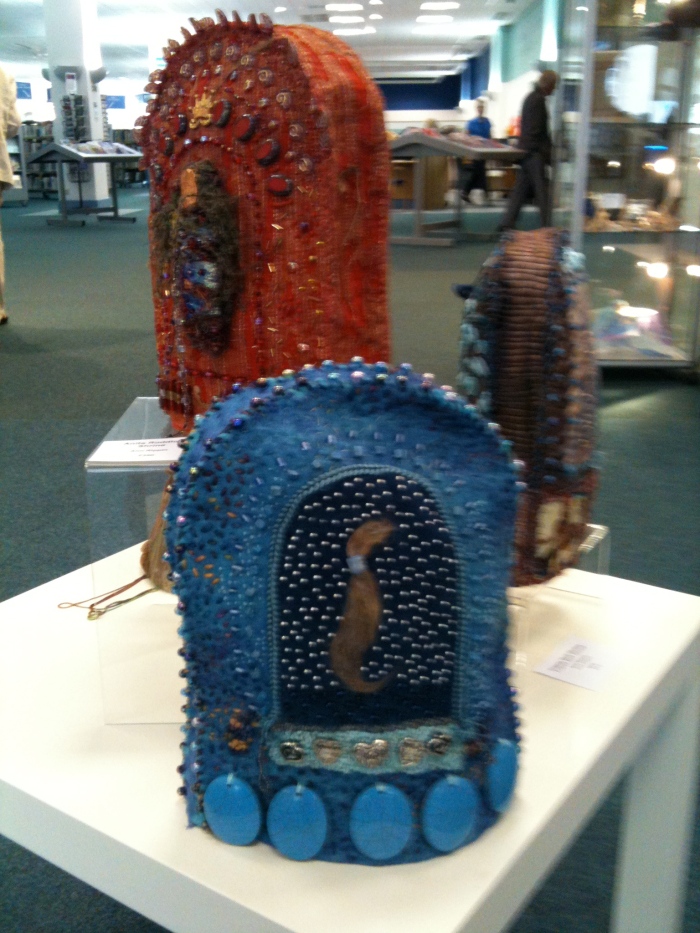 But there is a good reason for this approach.  I am quite interested in the gendered difference in shrines.  So, I love bell shrines and have blogged about these before, made by the established church to commemorate the bells and staffs of founding saints, and I also loved the exhibition of reliquaries at the British Museum last year.  These tend to be masculine artefacts.  What studies of the way that women use shrines seem to show is that women set up home altars and have what is known as a syncretic approach.  They include photos of family and friends as well as sacred religious elements.  This notion of preserving emotional connections and networks, plus the association with the domestic, and the attention to the conservation and maintenance of the domestic seems to fit with creating shrines.  I am sure that this will get worked up into a paper, so, if you are interested, watch this space.